Home
Ecommerce
Shopify Plus vs. Magento Enterprise- A Battle between the Best (Part-3)

Shopify Plus vs. Magenta Enterprise

The Magento vs Shopify Plus battle has been going on for a long time. Therefore, it is time we acknowledge it with all the information that we can provide. Most blogs on the Internet provide confusing, and/or ancient details. Hence, we thought of updating you on the latest developments between the two.

Given below are the major differences between the two.

Cost: Shopify Plus pricing, in general, is way lesser than Magento 2 pricing. The cost of licensing, ownership, plugins, and maintenance is cheaper from the former than from the latter. Magento 2 can be quite expensive, with its pricing exceeding the one million mark, especially if you are looking for a long term relationship with them. On the other hand, Shopify Plus is a lot cheaper and does not come close to a million dollars, even if you go into a long term commitment with the company.

Hosting: Shopify Plus has a very simple hosting system. You can set it up in a matter of minutes if you trust the right people. On the other hand, Magento 2 offers two kinds of hosting systems- one, where merchants choose their hosting partners, and two, where merchants directly work with Magento. This two-way thing can become very complicated for a merchant to understand. Therefore, needless to say, companies charge exorbitantly to help you choose one of them.

Sales: In the battle of Shopify Plus vs Magento Enterprise, this is one of the areas where Shopify Plus snatches away the trophy. This company allows you to accept online and offline payments with equal ease, thanks to their POS- Point of Sales solution. Magento 2, however, offers no such facilities. In case you still want to be able to do this, you will have to integrate external plugins that are an added cost.

Business management: Business management and facilities to create relevant reports are important, especially in the case of merchants with more traffic. Shopify Plus has 13 different reporting systems included in their monthly package, while Magento 2 has only 8. It is important to remind the reader that Shopify Plus is providing this at a lower cost than Magento 2.

Scalability: Although Magento 2 was leading hands down in this region, Shopify Plus has taken over recently. Thanks to Kylie Cosmetics, Kylie Jenner’s brand that is a Shopify Plus store, this e-commerce platform has gathered an approximate revenue of $330 million!

From all the points mentioned throughout the article, you already know which e-commerce platform to invest in. Although Magento 2 is older and has a few top-notch features, we think they are not enough to beat Shopify Plus. Moreover, with Shopify hosting more and more celebrities on their platform, they are rising the charts in both respects- revenue and popularity. It won’t be long before Magento 2, and even their best features, are overshadowed by Shopify Plus. Therefore, we urge you to choose wisely. If you are still confused, however, get in touch with Kloc Technologies for a free, no-obligation consultation. After all, it doesn’t hurt to talk, right? 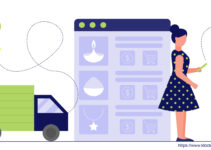 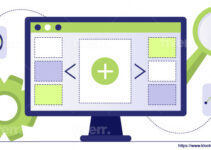